Talk about anything and everything!
Post Reply
3 posts • Page 1 of 1

Due to polite negotiations between Canada and Denmark, the Whisky War is coming to a peaceful end.

50 years ago Canada and Denmark started negotiations about the border between Greenland(Denmark) and Ellesmere Island(Canada).
Most of this was easy, draw a line down the middle of the straight and you are done.
Except for Has Island that was precisely in the middle of the straight.
They settled the rest of the border and left Hans Island for later.

Canada moved first 50 years ago. A Canadian Military vessel was in the area, so they landed, planted a Flag, with a bottle of Canadian Whisky buried at the base and declared the Island Canadian.
The Danes heard about this and sometime later they landed, took the Canadian Flag down (and took the whisky I suspect) and planted a Danish Flag with a bottle of akvavit.
For the last fifty or so years the two countries have alternated planing their flags (with a bottle of booze).
What a way to run a war!

Now the matter is being settled, the two countries will split the island.
The result is after the Canadian and Danish parliaments have ratified the agreement . . .
.
.
.
Canada and Denmark will have a land border!

You have to laugh, two countries separated by the Atlantic Ocean have a land border.
And the absurdity of the war fought with flags an bottles of booze.
If only all international problems could be settled that way. 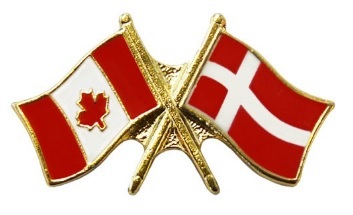 Re: The Whisky War

That's really really cool. And it's the way the world should work.

Unfortunately there are too many people with weak egos so...

Re: The Whisky War