The conversion is really well done. You could do the intermediate piece (between chassis and coupler) as a 3D print.

I would try with an offset (underslung) Micro-Trains-Line coupler, like #2001 or #2004. For a shorter coupler distance and a more prototypical look.
Lok-n-Roll.de - we send worldwide

Well, I have drawn up that coupler mount to print, and will get it printed sometime just to make sure it fits!

As for Micro Trains couplers, I find their list very confusing! Most of their coupler products I can only guess what they are like. I have a stock, but when that runs low I will look at getting some of those one you listed MacG to see how they go.

I generally assemble my own 1025 couplers but I am also thinking about getting some 1015 as they look shorter? Any comments on what you guys use would be appreciated!
Steve B
Russia in Narrow Gauge
Bigelov's Flickr Account
Top

I use the #1015 for all my Gold Coast boxcars, with a shim from the sprue. For an overview of MTL couplers, see here. https://micro-trains.com/publicfiles/mt ... agrams.pdf - Unfortunately, not all couplers are fully dimensioned.

A long time ago on a railway far far away... 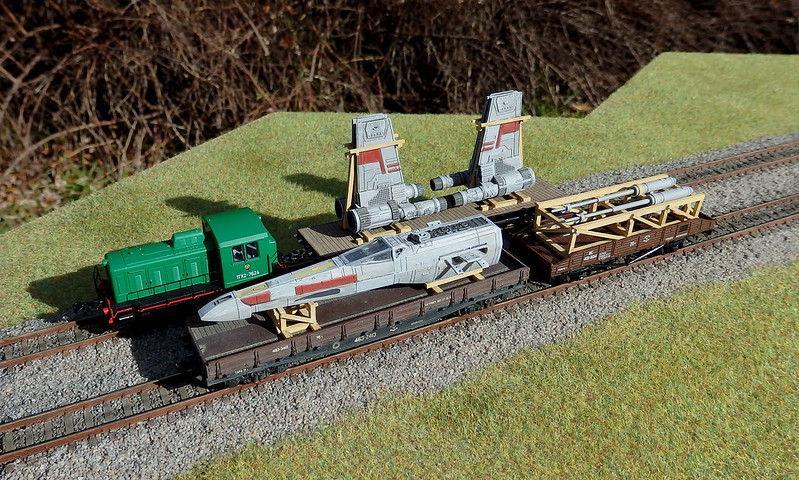 Things have been going slow for a while now with more energy put into the Whitcomb 65tonner, so not too much to report.

I finally did a 3D print for the TGK2 to Dapol conversion. If anyone would like the .stl just message me. 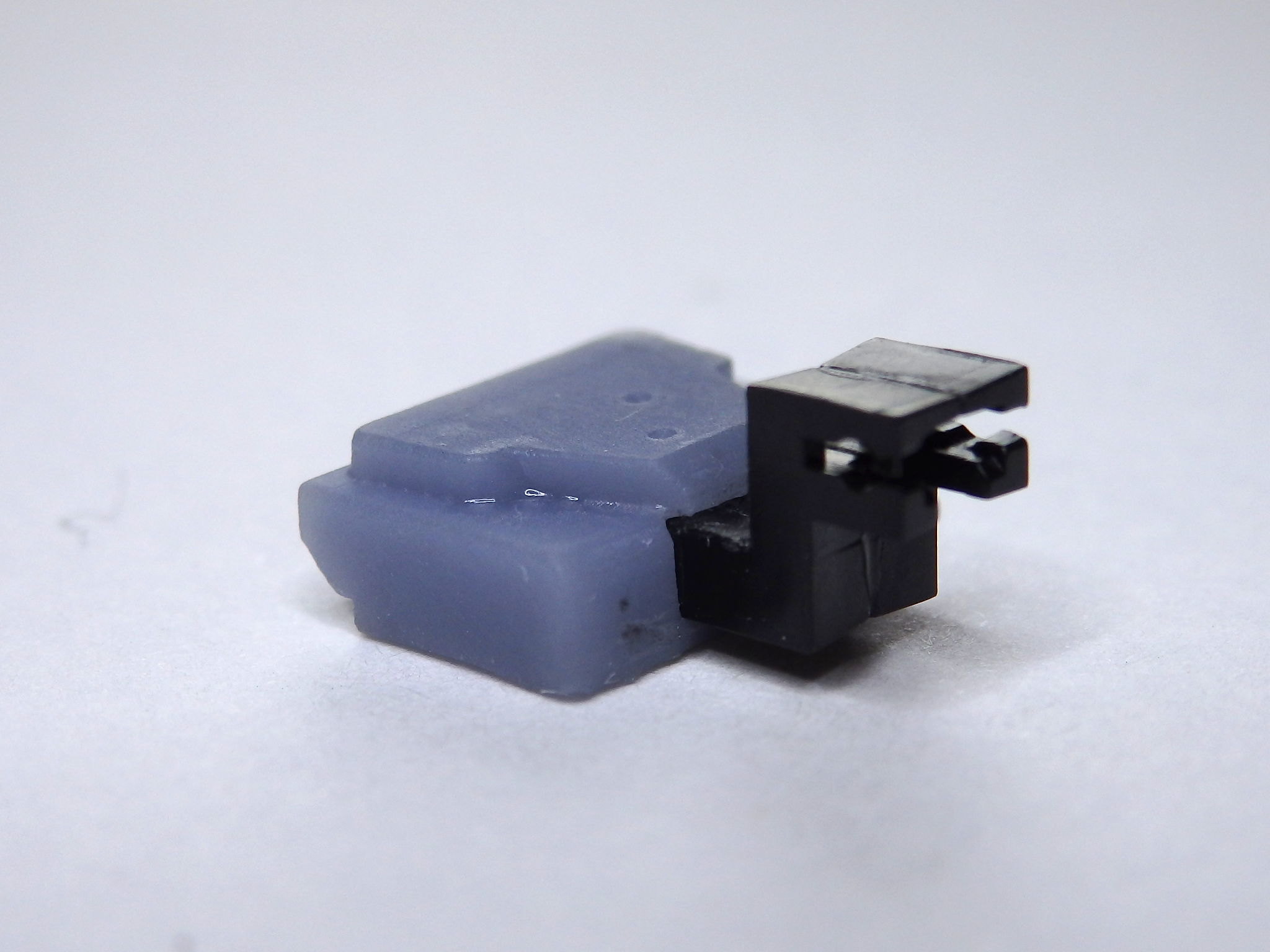 I have also been slowly working on a photo etch locomotive in TT scale. From UMF in Poland (https://www.eaos.pl) it is a SM48, the Polish version of the Russian TEM2. I will be making it as the TEM2. It includes etched parts of nickel silver and stainless steel as well as brass castings and uses the mechanism from a Roco loco ( I am using an M62 mechanism). I also have the later version with flat hood and cab roofs but will need another donor mechanism for that (a Roco Class 132 on order for that one!) 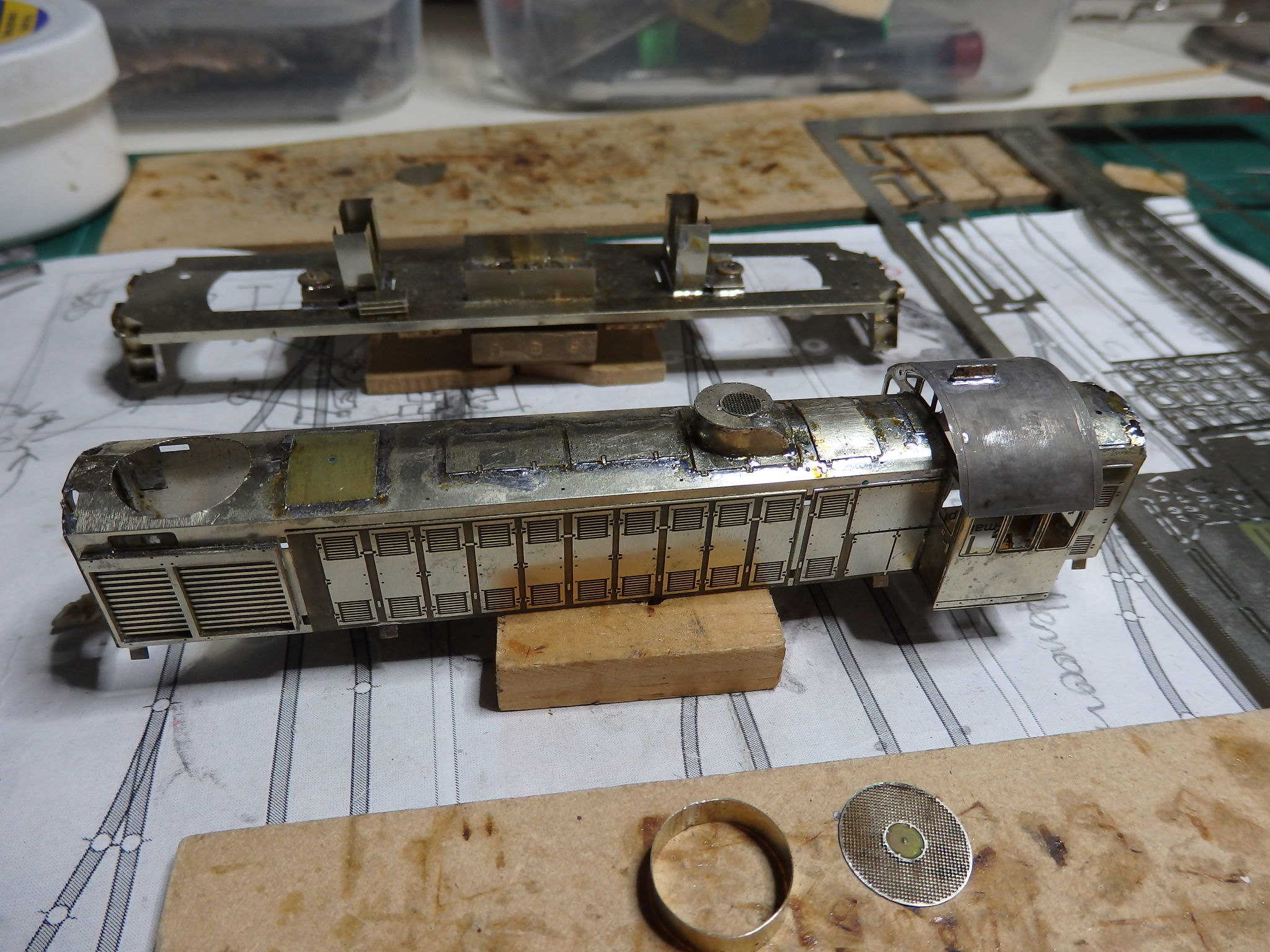 Its been a bit tricky as the instructions are in Polish for version 1.4, while this kit is v1.8, so there are significant differences. Google translate has helped making sense of the words! So working out what goes where has been interesting. I will contact UMF when I have left over parts and before starting on the flat hood one, which has no specific instructions.

It is turning out a very nice model, a shame my soldering leaves a bit to be desired, but it all takes practice.
Steve B
Russia in Narrow Gauge
Bigelov's Flickr Account
Top

The TEM2 looks really good. One suggestion on the spots where solder is a little thick: run the hot iron across them. It will allow the solder to flow into crevices and whatnot and reduce the thickness. You can also put a solder wick or sucker on them to thin it out. Don't worry about losing too much of it - it only takes a tiny amount to hold things.