In meantime, I finished the stay-at-home project I mentioned in March in the 'What's on youe bench' section. That was designed to fit into an office storage box of which the cover is used as a backdrop.

The diorama shows a fictitious scene with an old station depot located at a junction at the edge of an industrial area somewhere in the Rust Belt in the 1960s. The interlocking limits controlled by the tower near the depot are only partly shown. The map below shows the cutout to be seen on the diorama. The turnouts and interlocking signals are outside the modelled scene, only the train order signal is present there.

While the depot is a laser-cut kit, the tower is a resin model. Both kits, I bought some years ago on the modell-hobby-spiel fair in Leipzig, Germany. 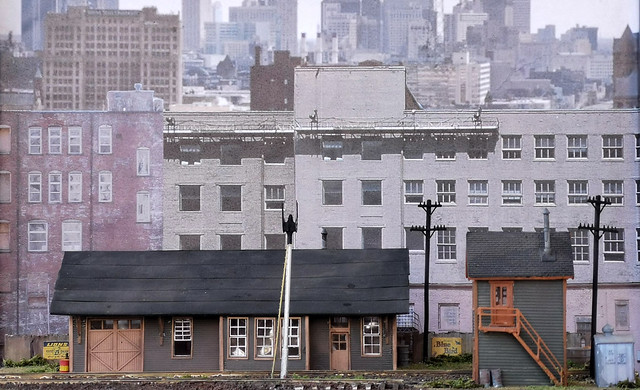 The picture below is a cutout from a Flickr album on this diorma, which can be reached by this link: https://flic.kr/s/aHsmMp94yv

Re: My stay-at-home project

Re: My stay-at-home project