These are prototypes which either exist as TT scale models or can be modeled from existing models.
Post Reply
64 posts 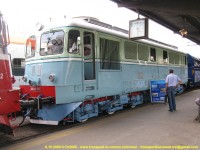