These are prototypes which either exist as TT scale models or can be modeled from existing models.
Post Reply
5 posts • Page 1 of 1

This is something I'm undertaking myself as a project, too, in model form, though in another scale, so if anyone wants, I can provide more detail on DPRK equipment, including photographs.

Passenger & freight cars
As far as passenger cars go, the TT-Modell sleeper and the Y sleeper can be used to model DPRK sleepers used on the Pyongyang-Beijing and Pyongyang-Moscow trains; domestically, however, they use primarily cars of the Chinese YZ22 design (which exists in HO) and North Korean design - which don't exist in any scale, but Russian domestic stock can be used as satisfactory stand-ins.

As far as freight cars go, of existing TT models, only the Russian tank car from Peresvet, and one or two others can be used in modelling DPRK equipment, as most of their equipment is, again, either locally produced or of Chinese design/production (some of the Chinese equipment is available in 1:87 as well). Some North American equipment can be used as close stand-ins too for old colonial-era equipment still in use, such as the Gold Coast Fowler car. 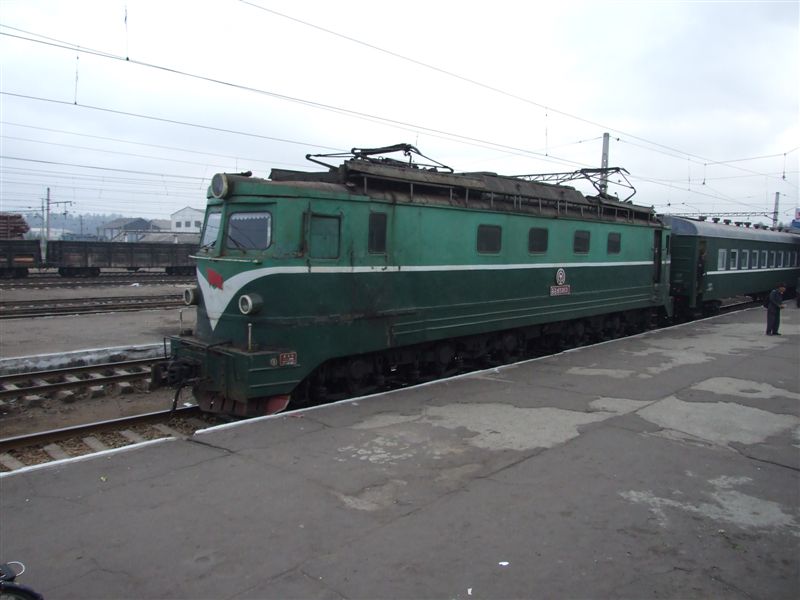 Is it the Chinese Railway's logo on the "locally built gon"?
Or does the North Korean Railway have a similar logo?
"Let's eat, grandpa."
Punctuation marks save lives!
Top

The Chinese logo has only a single outer ring, while the DPRK logo has two "outer" rings - so, very similar.
#include <std/disclaimer.h>
http://espeett.blogspot.com/
Top

On this note, I've got my decal artwork ready, just need to get them printed up and my DPRK M62 model will be ready!
#include <std/disclaimer.h>
http://espeett.blogspot.com/
Top