So this past summer I was in Europe, and in Hungary I impulse-bought some TT models - a MÁV class 480 electric (Tillig), two MÁV second class IC coaches (Tillig), one MÁV first class IC coach (Tillig), a CFR sleeper (Tillig), and a ŽSR sleeper (LS-Models). The MÁV equipment is all era VI, the ŽSR is V, and the CFR is IV (although looking at the catalogue, there's a nearly identical car marked as era VI)...

Anyways, so as you know I'm pretty insane for details like this, so I did some research to find out the compositions of international trains running to/from Hungary; MÁV's own website was very helpful, and I found such composition information for both current and 2016 trains. Then I did some looking through Tillig and Kühn catalogues online to see what equipment is available, but I've come up fairly short - I'm sure there's been more done than just this?

Anyways 2: I don't yet know which train in particular I'd like to assemble, so below I'll just list the cars I'd need to put a given train together. My question then would be, could someone who is better informed than me confirm whether any models of these cars (era VI, ideally, but I can settle for V) exist?

DB B with bicycle compartment

SŽ AB
SŽ B
SŽ B with bicycle compartment

Actually I still a noob when it comes to trains in both models and prototypical things, (only 1 1/2 years of interest). But I'm good at internet searches.
The following link is Tillig's on line search page as you can see there are many drop down features. I put in TT (category), and MAV (railroad company) already and the availability is set to - (default) which shows everything including what's avaiable, discontinued, sold out. There is also an drop down for epoche. I hope I was able to help.
https://www.tillig.com/eng/Produktsuche.html
Rich1853
Greetings from Melbourne, Florida USA
On the Space Coast of Florida
Top

Thanks, that did help! At least now I know of the Tillig models. I wish there was a thing like this that had a full database of all manufacturers...
#include <std/disclaimer.h>
Top

Here is a list of express coaches compiled by a private person.

Marquette wrote:Thanks, that did help!...I wish there was a thing like this that had a full database of all manufacturers...

and the BR218
http://www.modellbau-wiki.de/wiki/BR_218
Rich1853
Greetings from Melbourne, Florida USA
On the Space Coast of Florida
Top

There is one train from Tillig which could be relevat for Hungary: 1980s Balt Orient express Berlin - Bucharest.
It contains 9 cars of CSD and CFR (Czechoslovakia and Romania). The railroads took turns in supplying the cars for the express, it could be with DR and MAV (East Germany and Hungary) cars for the next day. Balt Orient express needed 4 train consists to be able to run daily. Tillig's set is a model of one of those 4 consists.
It also changed during the journey of the express, some cars were added and some removed.
There is a Czech www page with historical consists.
For example, here is a consist of Balt-Orient Express in summer 1986 between Prague and Budapest
https://www.vagonweb.cz/razeni/vlak.php ... 1986#v1457
There is a switch to English at the top left corner. It has the consist for Budapest - Bucharest too, the train number was different in Romania though.
It indicates also those four different train consists by changing the pictures of the cars. The dining car was Hungarian or Czech, some of the sleeping cars were DR/CSD/MAV/CFR.

I tried to find it in 1969 consists and it shows the train there with a steam locomotive :)
The www page has more info on modern trains, for more European countries, including some photos of the cars.

The best is to find a photo of the prototype.
Some pictures of the Balt - Orient express 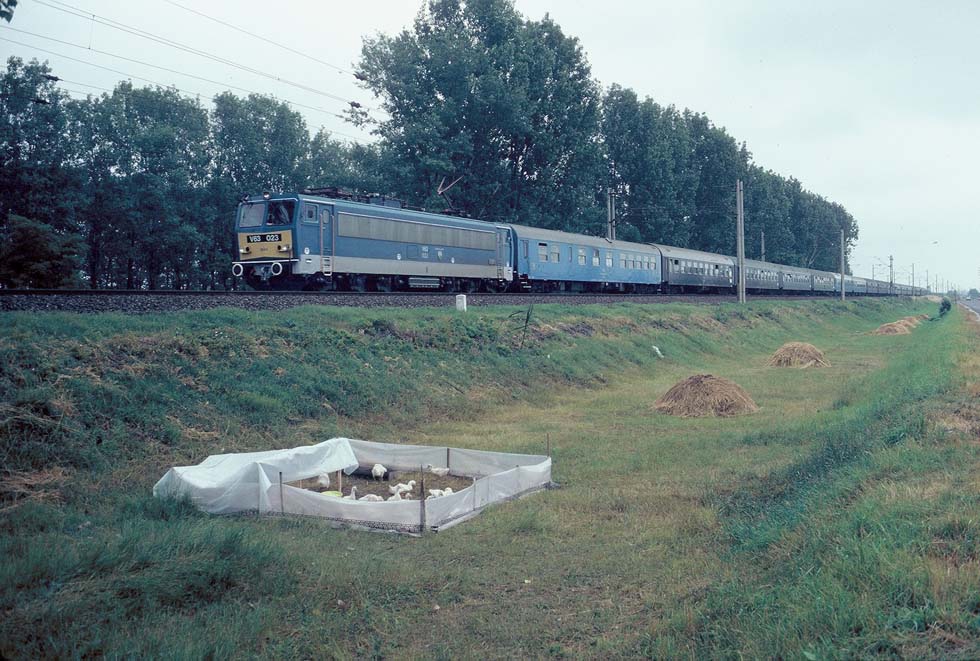 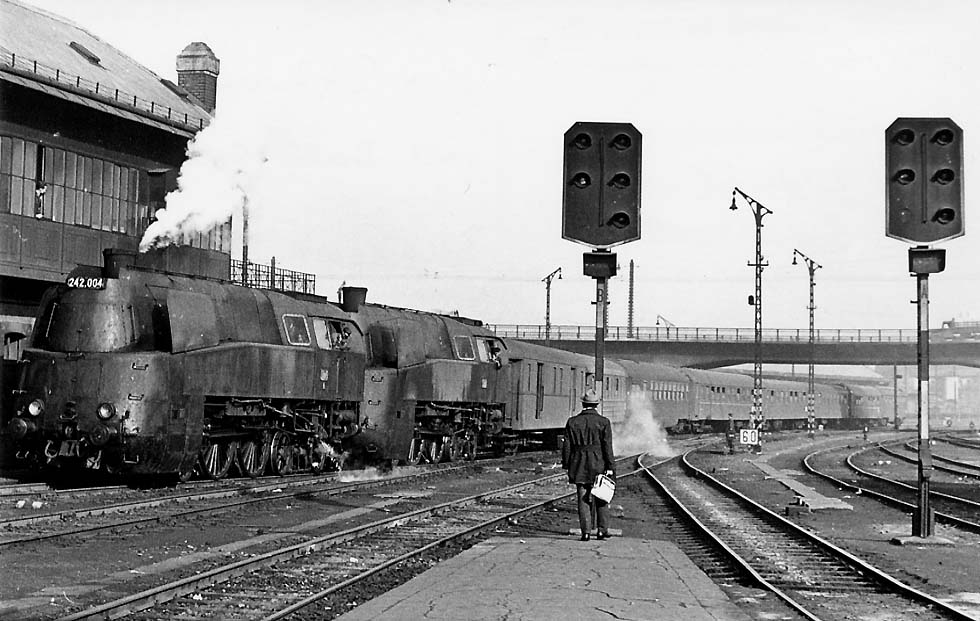 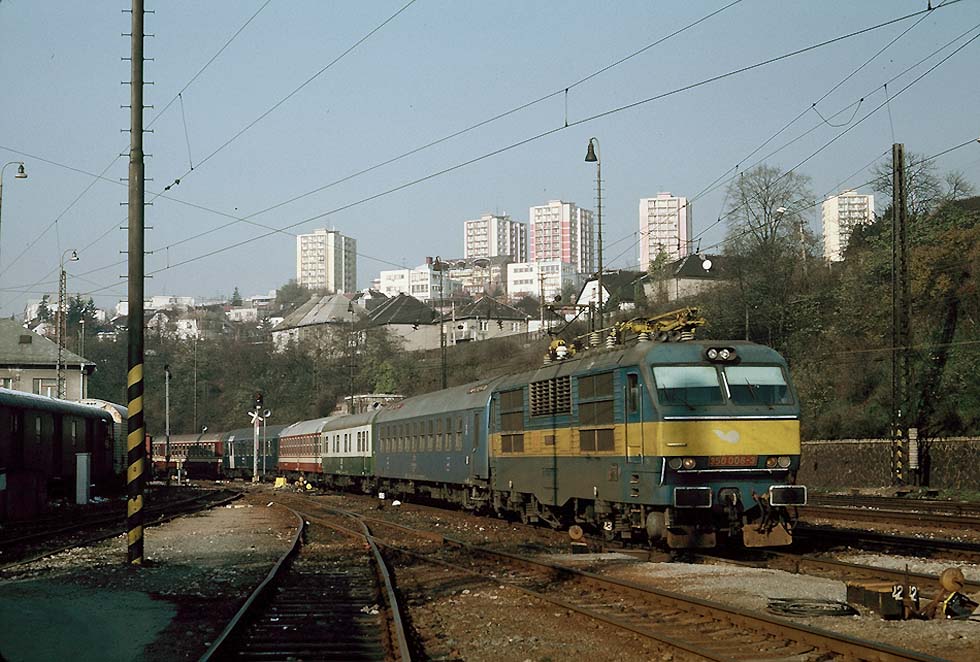 Ooh, thanks! That's something to tempt me, for sure.

But for the moment the first thing I want to focus on is to build an accurate train out of the equipment I have in hand - two MAV Bp, one MAV Ap, a CFR sleeper, and the MAV 480. I also have a ZSR sleeper, but so far as I can gather those didn't really show up in Hungary... I had no idea when I bought it, I just bought it because it looked good! Amongst the trains I'm considering is the EN476/477 "Metropol", looks like everything is available for that except the Polish and Hungarian couchette cars...

If I can find a source for decals of http://www.railfaneurope.net/pix/ro/car ... cN-002.jpg <-this CFR logo, then I can do just about any of the trains running between Hungary and Romania, which would be cool given I have a CFR sleeper already...
#include <std/disclaimer.h>
Top
Post Reply
7 posts • Page 1 of 1