This unit is from the early 70's. Unfortunately, this one has seen better days. 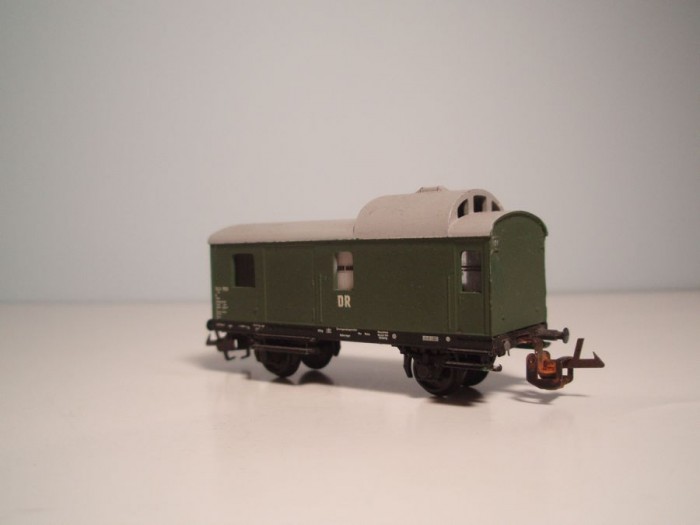 I wonder why these cars are referred to as "baggage cars" in English.

They are cabeese. Of course, in German they're called "Güterzuggepäckwagen" (freight train baggage cars); but that's only because there does no German word for "caboose" exist.
German cabeese have a little cargo bay. But there was no "baggage" transported in it. It was for internal transports of the railway (spare parts, internal mail and so on). That made German cabeese more effective. But in fact they still were cabeese—no "baggage cars".
"Let's eat, grandpa."
Punctuation marks save lives!
Top

They were not used as baggage cars in the passenger trains?
Top

Arseny wrote:They were not used as baggage cars in the passenger trains?

At least initially, they were not intended to.
Only after freight trains were operated without conductors the cabeese were used for other purposes. Most cabeese became little box cars. Some became MOW cars. And the more modern ones were used as baggage cars in passenger trains. But this was not their initial purpose.

They were not very suitable for passenger train service because they contained the conductor's compartment but did not have bridges to enter the rest of the train while moving.
"Let's eat, grandpa."
Punctuation marks save lives!
Top
Post Reply
4 posts • Page 1 of 1